What Parents and Educators Need To Promote in American Classrooms

We should have realized there was a problem with our education system when they tried to teach us the 3 Rs, Reading, Writing, Arithmetic, and look at the system now!

The teachers, their unions and the boards of education supported by the Democrats believe they can raise our children better than you can as their parents. This has got to STOP and it starts by saying NO, right to their face!

Is this how we are paid back for what we pay into the education system? Is there an alternative, yes! Maybe it's time we do away with the 3Rs, Reading, Writing and Arithmetic, which really never made any sense to begin with and hasn't helped our children to learn what is needed live in the world of today. Especially with liberal teachers backed by their liberal unions while they make up their own rules and coriculum. While overriding parental authority. Especially when it comes to social, religious and family values. This report looks at a free Market approach to teach children.

83% of the United Teachers Los Angeles (UTLA) union, a 35,000-member union in the Los Angeles Unified School District, signed off on a policy paper stating what they want from the state before teachers will go back into the classroom.

29,000 teachers just told the California government that if they don’t institute “Medicare For All,” a wealth tax, or a federal bailout, they’re staying at home indefinitely.

These educators also laid out the fact that they will refuse to do the job they were hired for unless California closes charter schools and defunds the police. 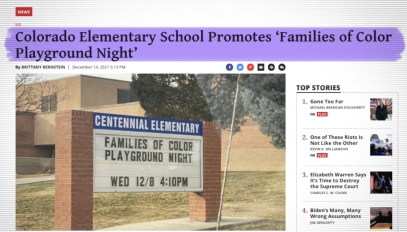 Liberal school boards all over the country are passing things  like.

Making students leave the classroom because of their opinion or beliefs.

No approval or input by parents on what is being taught of on controversial subjects or curriculum.

Since the Pandemic combined with social media. We have seen some terrorizing displays of AntiAmerican activity from our youth that range from verbal attacks to physically attacking average citizens and police to looting and burning down businesses for no reason.

There is a common denominator behind all this and that's the theme of this website, "You Get What You vote For!" Here are a few examples.

Gov. Kate Brown, the Oregon Democrat, signed a bill in July, 2021 with little fanfare that drops the requirement that high school students must prove proficiency in reading, writing or math before graduation.

The principal of an Atlanta elementary school is the focus of a federal civil rights complaint after she was accused of segregating students in classes based on the color of their skin.

Members of the Chicago Teachers Union (CTU) voted overwhelmingly on Sunday to continue to teach remotely—even though district officials want teachers back in classrooms beginning this week.
With Only 26 percent of CPS 11th-graders can read and do math at grade level, according to the latest Illinois Report Card data, and yet last week the district proudly announced that 84 percent of students graduated from CPS in 2021 – a new record high. First of all, color us skeptical about that record high rate.

On Friday, the union — which represents the second-largest school district in the nation — voted to reject a plan by Gov. Gavin Newsom to return to in-person learning.

Parents have been locked out of our schools far too long, however the pandemic and home schooling has made parents aware there is a major problem in what school boards, administrators and teachers have been doing to out children and parental reaction is disbelief and fury at what parents found.

Since the pendimic the people have realized the internet can work both ways. With close circuit camera technology parents have the opportunity to tune into the classroom and be apprised of what is being taught to our children. This would also be a helpful tool to educate the parents so they can better help their children with the subjects. The best way to accomplish this is for the voters to elect people on their school board who will take the lead for the people and there children, not the teachers and their unions! One way to change the system and get our kids back to the education they deserve is Charter Schools. This is  2014 interview with Eva Moskowitz of New York City and her accomplishments with thousands of New Yorkers who have to fight the Democrats and the teachers union and created the Success Academy Charter Schools So their children could get a proper education.

In their own words:

Founded in 2006, Success Academy Charter Schools is the largest and highest-performing free, public charter school network in New York City. Admission is open to all New York State children, including those with special needs and English language learners. Students are admitted by a random lottery held each April. Success Academy operates 47 schools serving 23,000 students in Manhattan, Brooklyn, Queens and the Bronx. Across the network, 78% of students are from low-income households; 8.5% are current and former English Language Learners, and 15% are current and former special needs students. About 53% of our students are black, 30% are Latino, 7% white, 5% Asian, and 5% multiracial or other.

Authorized by the State University of New York’s Charter School Institute, Success Academy schools are able to operate with greater independence than zoned schools, but are held strictly accountable to the state for student performance. Every five years, charter schools are subject to reviews that determine if a school continues to operate.

The 2019 test results demonstrate that children across all demographics — racial and economic, as well as those who have IEPs, are English Language Learners, or are experiencing homelessness — can achieve outstanding academic results. In all subgroups, Success Academy scholars outperformed their peers.

Time We Get Our Kids Back

The Teachers Unions have made themselves very powerful by holding our children hostage in negotiating contracts to getting their way. To get paid for an average 181 days a year, we should expect much more for our children!

America Is RACIST— says the 1619 Project

When Trump AND the Republicans win there will be big changes in the Teachers Unions! Teachers will have to go back teaching our children rather than Abusing them or get the Hell Out!

How about learning to open and run a bank account,

Buying, renting or leasing a home, apartment or vehicle,

A choosing on career and what courses needed to fulfill the requirements for that occupation,

Fill out a job application and how to conduct themselves in an interview,