It starts out with let's legalize marijuana for medical use. Then why not legalize it for recreational use. So the drug sellers up their game saying, you ain't going to get what you want from marjuana, it's time to up your game and the harder drugs are developed and sold to the same people that wanted marjuana laws passed. Saying, now everyone can get it, so we have to move on to something we can use exclusively!  And the drug war began! 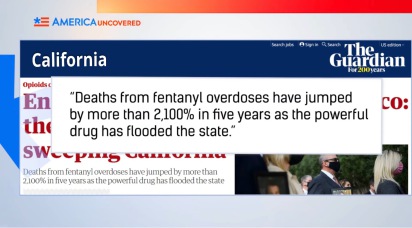 Through human history, each generation believe they can build a better mousetrap than the generation who raised them. This can be good in most ways, which leads to motivate those mousetraps to a whole other level of productivity in a positive way. However, even that can lead to problems. Take for instance the Internet, it's a great way to communicate with family, meet new friends, exchange ideas, make money and so on. But there is a dark side as well. Scammers, illegitimate so-called deals, people who are not who they say they are, the miss use of sexual activity that cab lead to violent sexual activity of all ages and especially using free speech as a means to propagandize faulted information for selfish reasons.
the point being once you reach one plateau it's easy to say, we've gone this far, let's go farther dispute the consequences if it's in our best interest, Vancouver is an example of this. Legalization of cannabis now isn't good enough we have to grow another step higher!

Drugs and Democratic Law in Portland

Under Measure 110 an adopt a health approach to drug addiction by removing criminal penalties for low-level drug possession of most kinds.

I always thought it was a little strange and a lot more selfish the drug companies didn't lower their prices as  the demand went up. This is the normal process with just about any company. Yes, they have laboratory testing and government bells and whistles to overcome, but so do a lot of products like the food industry and technology.

The good old drug companies know we can do without a loaf of bread or the new cell phone, but we need their medicine to stay alive and healthy. It just seems a bit suspicious that prescription drug prices are so high, others of other drugs on the shelves are so reasonable. Just figure in the potential billions of people and dollars from around the world.
Biden's White House laid out a plan for the United States to share 25 million surplus COVID-19 vaccine doses to the worl, the article doesn't say which Drug Companies!
In a situation like this will these companies mass produced the drug so they can be distributed at a lower price like other products or will the tax payer be paying top dollar? Shouldn't we be asking and will we ever find out?