How can the Democrats charge the world to green energy when they haven't even solver the simple trash and recycling problems?

The Truth About Climate Change:

Blame it on
Milankovitch (Orbital) Cycles and

Their Role in Earth's Climate

(Politics vs Nature at the End)

Where does your trash go? This is the story of New York City, pickup, process and cost!

Recycling is not an easy process when what we believe is recycled products is not necessary on the list.

Has Anyone Tried to Fixed the Problem

While the government is obsessed with plastic bags and straws. Microplastics stem from the erosion of plastic materials and are smaller than a grain of rice - sometimes even invisible to the naked eye. The researchers found an average of 29 particles per litre of melted snow. They identified 13 different types of plastics and the most common was polyethylene terephthalate (PET), mostly used in soft-drink bottles and clothing. Which was found in 79% of the samples.

Now on to the Climate Changing!
Back in December 2008 and again in 2009, former Vice President Al Gore said that in the next 5-7 years the Arctic Ice cap will be gone entirely during some parts of the summer. Which has come and gone.

Situations that would seem common sense to most of us, seem to evade the Democrats.

Nothing happens over night. It takes time, patience and constant working and reworking to come up with a good product or solution that can change the world. Take the car for example. Bicycle mechanics J. Frank and Charles Duryea of Springfield, Massachusetts, had designed the first successful American gasoline automobile in 1893.
By by 1899 there were thirty American manufacturers produced 2,500 motor vehicles and some 485 companies entered the business in the next decade. In 1908 Henry Ford introduced the Model T and William Durant founded General Motors.

However, In the cities, cars took over shortly after Henry Ford, so cars dominated by about 1920 when many cities banned horses. Cars didn't take over right away. The same should be with echo-technology. The finished product comes in stages, just ask those who bought their first computer, gaming device or record player.

When asked about his 2006 prediction that unless nations took “drastic measures” then the Earth "would reach a point of no return within 10 years," former Democratic Vice President Al Gore.

‘The world is gonna end in 12 years if we don’t address climate change and your biggest issue is how are we gonna pay for it?’” Ocasio-Cortez" in 2019.

Now on 2022 the World power of the Socialist and Biden's worldwide plan of Joe Biden's: “We Are Going To Get Rid of Fossil Fuels,” has turned into a worldwide  disaster!

It will take more than windmills, solar, electric vehicles and eliminating cow farts!

Livestock, which includes animals like cows and sheep, are known to be one of the planet's biggest producers of methane, a greenhouse gas which contributes to global warming.

And a lot of that methane comes from when animals pass gas - like burping. Now, one country has come up with a unique way of tackling this... New Zealand has revealed plans to tax sheep and cattle burps!

"Deforestation in the Brazilian Amazon set a new record for the month of February, according to official data released Friday, the latest sign of a surge in destruction under President Jair Bolsonaro. 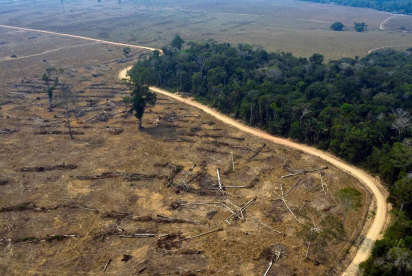 Satellite images show 199 square kilometres (77 square miles) of forest cover — an area more than half the size of the US capital Washington — were lost in Brazil's Amazon region last month, according to Brazilian space agency INPE's Deter monitoring program.

This is what happens when government thinks they know more than the people!

Electric cars need batteries with certain minerals one is found on the ocean floor. So now we have to destroy the echo system under the sea to be Echo-friendly?Democrats have a reputation of not thinking things out very well!

Not only is their pushback by the media on anyone who disputes the possibility the signs of Climate Change is not as significant as the liberal pundits cry out as a pathway to the destruction of the earth, but once again the radical social media masters of the universe are purposely silencing any mention of an opposition or alternative response to the issue by blocking Free Speech by using flimsy excuses like unreliable, harmful, up to no reason at all!  Another resason we must take the time to find reliable sources and have the ability to look at both sides of these issues. Better yet, going back to, How We Win. Having an organized neighborhood or community to assign individuals or groups to monitor different aspects of your lives, then as a united people fight back. There are more of us than there is of them what ever the fight may be and we have the means of directly communication, switching to the compitition and most of all hiring elected representatives who work for us. The Internet is the new capitalism for information, expressing ideas and growth. So, unless the rich, powerful and antiquated TV moguls decide to work to our benefit we go to the Internet who will treate us fairly!

Even the extreme left is realizing the danger of destroying the energy sources we have before establishing fuel proof resources that will fulfill the needs of the world! Liberals always put the cart before the horse When the horse is still the best way to travel forward.

Michael Moore And Jeff Gibbs  explaines it best in their Documentary, "Planet of the Humans."

to boost consumer protections and incentives for borrowers taking out solar loans, a type of financing that funds energy-efficient solar panel projects for home improvements, if your Zip Code Qualifies! Specific zip codes in the U.S. get more sunlight than others. So, if you live in a wooded area, prown to over average rainfall or inclement weather, even if the roof of your home isn't facing north and south you might have a problem. There are problems with solar that the government and especially the Democrats won't talk about. Which is kind of crazy since they passed laws to put ingredients and warnings on so many products we can't even read the instructions anymore, if you can even find them!

Problems with panels can result in a production loss of up to 20%, since a poorly-performing panel will affect the production of a whole string of panels.

If moisture finds its way into the panel, it can course internal corrosion.

Micro-cracks’ in crystalline PV panels. These are virtually imperceptible microscopic tears in the solar cells.

Snail trail is a discolouration of the panel which usually only manifests itself after a couple of years of production. Which can lead to moisture in the panel, The consequences of this effect are an ongoing reduction in performance and accelerated ageing of the PV panel.

Internal corrosion (rusting) occurs when moisture penetrates into the panel. Panels must be air- and water-tight.

Hot spots are places on the panels which are overloaded and therefore become warm. Hotspots on panels are mainly caused by badly-soldered connections, or are a result of a structural defect in the solar cells.

Solar panels alone only work when the sun is out, so they won't be very efficient at night.

The answer to that is paying extra for storage batteries.if you noticed they don't talk much about.

Electric Cars and the Government

When ever the government says they have a great idea, it's time to do your research.

What looks good today could be a disaster tomorrow. Government has a tendency not to admit they were wrong, but will spent billions in trying to fix it!

Now in 2021 some world leaders are climbing aboard the Biden sinking ship to change the World, or as Obama, Sanders and Biden says,"Fundamentally transforming," the World!
Has the COP26 Climate Change Summit really changed anything, does any government official even know what the people around the world think, do they even care? It seems governments all over the world assume the same thing. Once I get the power we don't need the people anymore because our job is to do what's best for our people whether they like it or not! So, what do the people do, gripe and complain on social media and let government do as they please!

The problem is, these governments haven’t even fixed the recycling problem and they’ve had since 1972 to make Green Energy efficient. Here are just a few uses of Fossil Fuels. Over 6,000 items are made from petroleum waste by-products, including: fertilizer, flooring (floor covering), perfume, insecticide, petroleum jelly, soap, vitamins and some essential amino acids.  medicines, cosmetics, plastics, synthetic fabrics and lubricants. Shoes, toothpaste, sunglasses, tires, tennis balls,  TVs, asphalt. And much more. Can a wind generator or solar panel that can do all this?

What it takes to build this one Wind Generater

Common Products That Use Petroleum:

liberals say, we can find other materials to make these and other products that are now using petroleum. However, no one has come up with the solution.

Besides, could there be other alternatives to the destruction of earth we ignore? 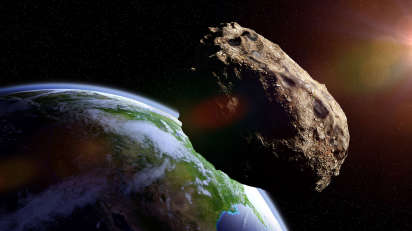 Climate Change: Blame it on
Milankovitch (Orbital) Cycles and

Their Role in Earth's Climate