Democrats and Sociism Perfect Together

nothing has really changed!

This is the kind of government the Democrats want to give us. Right from the beginning they tried to keep Blacks Slaves and the Republicans lost their lives giving Blacks their freedom. Now, they want to make All Americans their slaves through Manifest Destiny 1845.  Who's familty is NEXT?

The Democrat's idea of Socialism is to completely destroy America and rebuild it in their image and what Image is that? Complete control of The United States of America through any means necessary and with the cooperation of the large corporations, main stream media and renagade groups like ANTIFA and BLM. Their version of Hitler's Brown Shirts to intimidate and bully anyone who doesn't agree with the Grand Master Joe Biden and the person who actually devised and orchestrated this who plan.
First, the takeover of the Federal Government to eliminate the power of the state, county and local governments and inturn fill those positions with loyal members of the Democrat Society. The following Video will show how the plan is progressing.

Biden and the Socialists want to completely erase the fossil fuel industry and go to their Green New Deal. However, in 50 years they still haven't come up with a successful recycling program, much less a practical, efficient and cost effective Green Energy Technology for over 300 million Americans much less the Billions of people around the world!
So, it looks like, back to the drawing board. Or better yet, back to American triditions the made us the youngest and greatest country on earth, Capitalism!
Besides, what about other products made from Petroleum, this is way above a Democrat's ability to absorb. See for some products: https://202.sb.mywebsite-editor.com/app/912859405/1373672673/#hm:cc-sa-window-close

Democrat Socialism has clearly demonstrated by it's actions that, if your not with us, your against us!

The Biden Administration has no idea what they are doing and a perfect example why Republicans want less Federal Government and more state and local authority to fulfill the needs of their residents. Also, this administration has made it impossible for the American People to understand and react to what the government is going, for or against their best interests.

Could you keep your job with answers like these?

The Democrats excuse for legislation that is destroying America is," Follow The Science!"

April 28, 2022
LOS ANGELES - If you or someone you know were left in the dust when Marinello Schoolsof Beauty closed all their locations, we've got some good news for you.  Students of Marinello Schools of Beauty - which closed in 2016 - will have their student loans discharged, the Department of Education announced Thursday.
This applies to all 28,000 borrowers who enrolled in the schools from 2009 to Feb. 2016, totaling about $238 million, officials said.

And the list goes on and on!
Get the picture? How long would you keep your job if you did these these things or gave the boss answers like these? Well guess what, Government of the People means We're the BOSS! We don't work for them, they work for US! The Republicans have always known the history of the Democrats which only proves some of us have either not paid attention or agreed with the violence and racist history of the Democrats.

Do As Your Told

Or Suffer the Consequences!

"Real Housewives of Salt Lake City" star Jennie Nguyen has been fired from the show after a slew of controversial social media posts resurfaced in recent days.

The network announced that Nguyen was let go from the show on Tuesday, acknowledging that it made the decision in direct response to her social media posts that many said were overtly racist. Nguyen, who is Vietnamese American, is accused  that she posted a few pro-police rants on social media, including one from September of that year that reads: "I’m sick of people saying cops need more training. You had 18 years to teach your kids it’s wrong to loot, steal, set buildings a blaze, block traffic, laser people’s eyes, overturn cars, destroy buildings and attack citizens. Who failed who?"

In another, she reportedly wrote: "Hundreds of blacks shot and many killed (including children) by other blacks every week. Over a thousand Officers violently injured, some permanently, by rioters. Anarchists rioting in major cities every night, which has caused billions of dollars of destruction to private and public property. And you still think Police Officers are the problem. You are an idiot."

She also shared some controversial memes, including one in which an old lady is speaking to a man about the bumper stickers on her car noting that the little figures don’t denote how many children she has, but rather "how many rioters I’ve hit!"

Nearly all of Nguyen’s co-stars such as Heather Gay, Whitney Rose, Meredith Marks and Jen Shah, have also publicly condemned her past posts and unfollowed her.

"I want to acknowledge and apologize for my deleted Facebook posts from 2020 that resurfaced today. At the time, I thought I was speaking out against violence, but I have since learned how offensive and hurtful my words were," she wrote. "It’s why I deactivated that account more than a year ago and why I continue to try to learn about perspectives different from my own. I regret those posts and am sincerely sorry for the pain they caused."

This is what Democrat Socialism does to people and will do to America! STOP THE Democrats NOW!

Over a year in and Biden and the Socialists are getting ready for the 2022 election. By adding Illegal voters to the rollls. It has starting with Americans have to pay for  our drivers license which is essentially our identification and this could be expensive. Plus after paying that ID to travel by domestic flights. However Biden is coming out with a new ID to fly by May of 2023 which will cost you again. 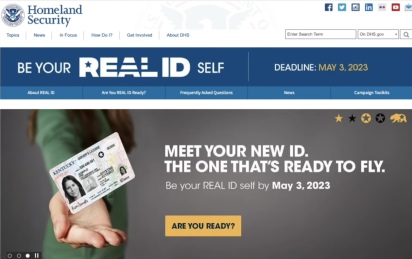 However, while Americans have the burden of following the Socialist Rules Biden is approving to illegals get special ID privileges which sets a precedent  to allow convicted criminals to use the same ID to fly! 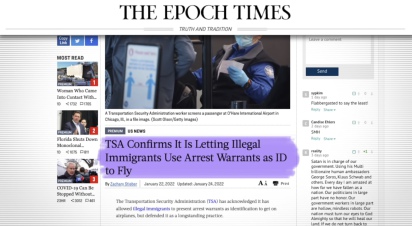 Biden and the Democrats have been making fools out of the media which created a Fake News Syndicate, major American Companies, Educaters and voters build a Socialest empire out of America. The result being Government Control over everyone including all those who supports them.

Is this the most corrupt administration in the history of America or is this the America the People want?

How fast things change in the world of Democrat Socialists when money and politics are involved!
"California-based music festivals Coachella and Stagecoach will not require attendees to wear masks, get vaccinated against the coronavirus or provide negative Covid-19 tests this spring, the latest entities to relax Covid-19 restrictions.

Country music festival Stagecoach, which will be held from April 29 to May 1 and attracts 85,000 attendees annually, said its Covid-19 policy is “in accordance with local guidelines” in a Tuesday post on social media."

Biden You know, up until now, China has been leading in this race, but that’s about to change. 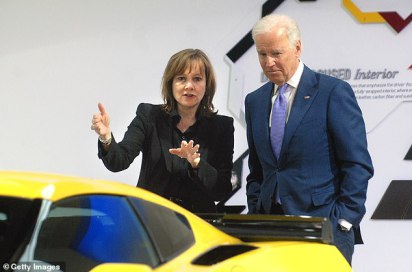 What About the Clintons

The violence during Bill's In office
*The 1993 World Trade Center bombing that killed 6 and injured 1,000
*The 1993 Mogadishu firefight that killed 18 U.S. soldiers
*The 1995 Oklahoma City terrorist attack on the federal building by American extremists that killed 168, wounding several hundred others
*The 1995 Saudi Arabia car bomb that killed 5 U.S. military personnel
*The 1996 Khobal Towers bombing that killed 19 U.S. soldiers, wounding 515
*The 1998 bombings of two U.S. embassies in Africa that killed 231 citizens, 12
Americans and injured 5,000
*The 2000 USS Cole attack in Yemen that killed 17 U.S. sailors, wounding 39
*With each terrorist attack, Clinton went before the American people and promised that “those responsible would be hunted down and punished.”
*After all this, President Clinton did Nothing while Terrorists were planning their next attack on 9/11 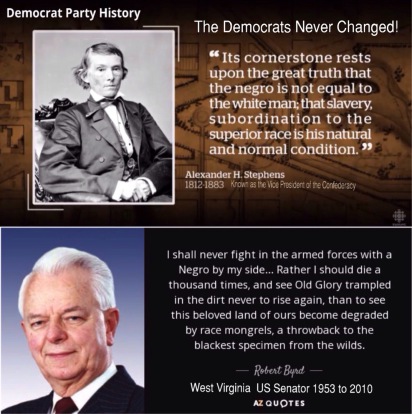 Then There's This, To Russia With Love!!
Democrats and Uranium 1 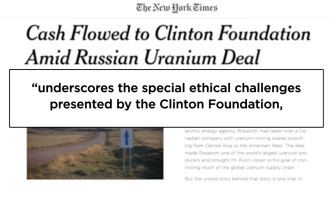 This is the view of President Obama and our First Lady have said and done which has helped to divide America and look where we are now! The question is, what are we going to do about it?

A First Lady who continuously, incourages division and  promotes helplessness instead of HOPE for all Americans!

When it comes to deciding the legitimacy of an organization, the first thing you should investigate is the reason for its existence. If it is bases on anger, hate and accusations, especially when they seem suspicious, walk away. America was based on community, honor, pride and love of country and too many good Americans died to keep the meaning of the Constitution and Freedom in this nation safe from those who would destroy it. Since it's conception the Democrat Party has constantly tried to find ways to mold this country into an all inclusive socialist state run exclusively by the Democrat rule. This includes organizations as far back as the KKK to ACORN. and up to ANTIFA and BLM. When you follow the money and the paper trail it's amazing what floats to the surface.

This is a very small part of the History and the projected future of the Democrat's plan to obtain their goal of Manifest Destiny created in 1845. Never forgotten, never exposed until one man decided to stand up against the power of the government and exposed the truth, Donald J. Trump.