ARE YOU READY TO TAKE BACK AMERICA, THE RIGHT WAY?

We forced our elected officials to become politicians by ignoring them we said, I'm too busy you fix it. Then we complain about what they do. Unfortunately, one party took advantage of our lack of interest that has cost us trillions of dollars and now leading us in a path to disaster.

Now is the time to get back to the American way and say, we'll fix it together!
We must return to the Nation of We The People, and this will happen through the Inspiration of our great President Donald J. Trump and the loyal members of the Republican Party.

Our pledge as Americans Citizens, "Government of the people, by the people, for the people, shall not perish from the Earth." Abraham Lincoln

We as citizens will ALWAYS be dedicated to preserving the principles set forth in the Constitution.  Thanks to President Trump who instilled in us through his patriotism and love of America to realize the corruption that has gone on in our country for far to long and who forced that Evil out in the open!

With all the great Americans who came back broken or sacrificed their lives to give us the freedom we now enjoy. We the People still remain silent hiding behind social media and settling in our personal lives allowing the Democrat to control our government and destroying our lives. This has been true since the conception of the Democrat Party in the late 1800s.
Our country only asked three things of us. Know the truth about how great America really is through our accomplishments. Use the most powerful weapon the Constitution ever gave us, the power of the VOTE, and through our right to Freedom of Speech let your voice be heard to the people we hired to represent us in government.

Those who came before us came from Socialism, Communism and tyrannical leaders which became the reason the United States of America exists as a free country and a great country today. It's against our nature to be restricted by government control, but government is a tool to protect serve and provide the needs of the people for the good of all.

We've dismissed and ignored the corruption of the Democrat Party and their attack dogs in the media, including the internet socialests and allowed them to take away the Freedom of Speech, not only of our President, but anyone who would dare speak the truth about our government. But then again we won't give up our Facebook and Twitter accounts and move to the many Patriotic social media accounts that actually fight the deceit, lies that will ban us at any time without warning. However, we won't take the same time to contact the socialist Democrats who don't represent us, but why don't represent the people? Because we keep your big mouth shut. How can elected officials represent the people if the we are too busy complaining on social media to tell them what we want? If they are there to represent us in government and tell them. Then it's on them to follow our directions and if they don't, Fire Them in the next election!
That's how the system works! We're NOT supposed to vote alone party lines, we vote for people who will do the job for us!

When we ignore the government we end up with chaos like we have now. So what does that say about us? Is this what we want to teaching our children? To be submissive to the people we elect to represent us? That's why the Democrat Socialests keep winning and will always win! It's time to stop being afraid of our own government! It's time to stand up and take control of our children's destiny!

Some Questions We should be Asking

Q) Do we really know if we're getting our money's worth from our government?

A) We will never know until we research and question the people we elect.

Q) Why do the Rich support the Democrat Party even though Democrats constantly want to raise taxes on them?

A) The rich just pass their tax burden onto We the People will always end up paying their taxes for them!

Q) What's behind the Democrats plan to have a $15 minimum wage?

A) Democrats don't care about a "living Wage, if they did they wouldn't have the worst poverty in their districts. They just want more tax dollars to spend with a little for their own pockets!

How does the Government benefit Me?

How does the Government benefit the American People?

John F. Kennedy (Democrats) inspired adults and children alike to understand the importance of their civic duty and public service through his historic words, “Ask not what your country can do for you – ask what you can do for your country.” This encouraged a nation to challenge every American to contribute in some way for the  betterment of our country through public service. Donald J. Trump inspired the world by challenging every country to become responsible to each other and proved that every country can be strong and successful by contributing it's fair share the its neighboring countries. Also, through his inspiration encouraging each government to provide an atmosphere of hope and opportunity for its people to grow and prosper!

Democrats have done their worst

Why would any American support the party of the Trail of Tears, slavery, Civil War, murdering President Lincoln, creating the KKK, voting against the 13th, 14th and 15th Amendments,  government control over Native, Black and poor Americans through welfare programs, which has lead to poverty, drugs, alcohol, crime, violence and death, protecting people who break our laws so they can vote in our elections, ignoring the Federal Government warning about the Coronavirus while going forward with the president's fake impeachment, holding America hostage on the Coronavirus Stimulus Bill until their nonessential  amendments were past and through it all constantly lying, faulse accusation and constanly attacking President Trump because the American People elected him!

So how do we do our part to Keep America Great?

The next page," How We Win," will explain in more detail.

Learn how Americans of all races, religions, international backgrounds and political affiliations can stand together to keep America Strong and Constitutionally Safe from corruption.

We will bring back a,

This is just the beginning of Uniting all States in America based on moral values, common sense, Pride in ourselves in Trump, in or out of office and Love for our country the United States of America as One Nation Under GOD!.

to keep our freedom.

What is our obligation in time of peace

It's using the power of the VOTE

and using it wisely! 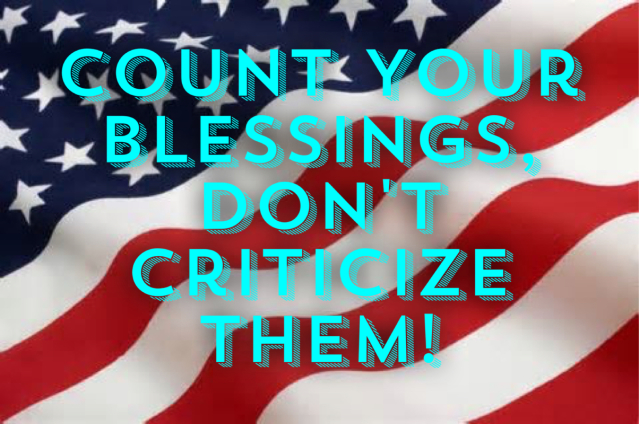 I am in need of a Patriot Webmaster and suggestions from Patriotic Americans to help grow America's website. See CONTACT for my email address.

The Following is Our Goal, our Duty and

Our Promise to the Future of the
United States of America!

The United States Declaration of Independence[a] is the pronouncement adopted by the Second Continental Congress meeting in Philadelphia, Pennsylvania, on July 4, 1776. The Declaration explained why the Thirteen Colonies at war with the Kingdom of Great Britain regarded themselves as thirteen independent sovereign states, no longer under British rule. With the Declaration, these new states took a collective first step toward forming the United States of America. The declaration was signed by representatives from New Hampshire, Massachusetts Bay, Rhode Island, Connecticut, New York, New Jersey, Pennsylvania, Maryland, Delaware, Virginia, North Carolina, South Carolina, and Georgia.

The United States Bill of Rights comprises the first ten amendments to the United States Constitution. Proposed following the often bitter 1787–88 debate over the ratification of the Constitution, and written to address the objections raised by Anti-Federalists, the Bill of Rights amendments add to the Constitution specific guarantees of personal freedoms and rights, clear limitations on the government's power in judicial and other proceedings, and explicit declarations that all powers not specifically granted to the U.S. Congress by the Constitution are reserved for the states or the people. The concepts codified in these amendments are built upon those found in earlier documents, especially the Virginia Declaration of Rights (1776), as well as the Northwest Ordinance(1787),[1] the English Bill of Rights (1689), and the Magna Carta(1215).[2]

The Constitution of the United States is the supreme law of the United States of America.[2] This founding document, originally comprising seven articles, delineates the national frame of government. Its first three articles embody the doctrine of the separation of powers, whereby the federal government is divided into three branches: the legislative, consisting of the bicameral Congress (Article I); the executive, consisting of the president and subordinate officers (Article II); and the judicial, consisting of the Supreme Court and other federal courts (Article III). Article IV, Article V and Article VI embody concepts of federalism, describing the rights and responsibilities of state governments, the states in relationship to the federal government, and the shared process of constitutional amendment. Article VII establishes the procedure subsequently used by the 13 States to ratify it. It is regarded as the oldest written and codified national constitution in force.

The Gettysburg Address is a speech that U.S. President Abraham Lincoln delivered during the American Civil War at the dedication of the Soldiers' National Cemetery in Gettysburg, Pennsylvania, on the afternoon of November 19, 1863, four and a half months after the Union armies defeated those of the Confederacy at the Battle of Gettysburg. It is one of the best-known speeches in American history.

The next page, "How We Win" will give solutions on how to fight back against tyranny and Make America Great Again!

Keep in mind reference websites do change or are delegated since they were referenced on this website.

(Most of this website are just notes and must be edited, more to come)